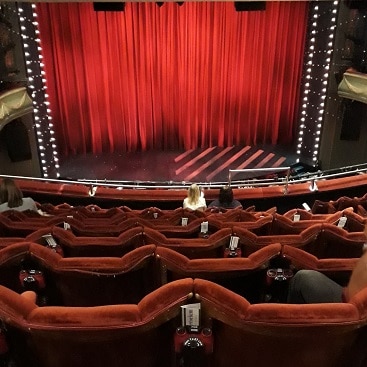 Juggling work and childcare over school holidays is never easy, unless perhaps you have a ton of money to throw at it and co-operative children. So that’s me out.

Last week, I was asked to go to London to film a brief interview about investing. No childcare, no chance of shifting the date to term time. “Bring the kids!”, they said. I thought the option of “trek to London, sit in an office, trek back again” might be a hard sell, so we decided to make a day of it.

Now, we didn’t plan this as a budget day, more “let’s take advantage of being in London” while our travel costs were covered. But looking back, we did save here and there along the way.

Frugal things on a day in London with kids

Here’s a quick run down of thrifty tips and tricks from our trip to London:

We waited to buy our train tickets until we got to the station, which meant we could take advantage of a Greater Anglia offer, with children’s tickets only £2 each off peak return. By travelling after 10am, I could also use my Network Railcard to get a third off my own ticket.

Benefited from free tube travel for the children

Had you clocked that children under 11 travel free on the Underground? Head for the wider access gates in tube stations, so you can shepherd yourself and the kids through on an adult ticket. For older children, tube travel is half price from 11 to 17.

Yes, it wouldn’t be a Much More With Less outing without taking a packed lunch and refillable water bottles. The trusty tuna and sweetcorn sandwiches, satsumas and Wotsits from a multi pack were pressed into action. Saves a ton of money compared to buying food and drinks elsewhere.

Klaxon alert: going to the theatre in London is hardly ever frugal. However, there are ways to make it cost slightly less of a bomb.

We rocked up at the TKTS booth in Leicester Square, which sells last minute and discount tickets for performances the same day, the next day and the day after. You can check out what’s on offer where on the website, but have to show up in person to buy. We ended up going to Strictly Ballroom The Musical, an explosion of sequins and high camp. The tickets cost £29.50 each way up in the stalls, but would normally cost £49.50 a pop. Saving money elsewhere can help free up the cash to splash out on occasions everyone will remember.

Top tip: don’t show up around 1ish if you want to avoid a queue, there’ll be loads of people trying for matinees that start at 2.30pm.

Ran off energy in a playground

Even at attractions with expensive entry tickets (London Zoo and Legoland, I’m thinking of you), my kids have always enjoyed running around like crazy in any playground and scrambling over all the equipment. So once the filming was finished, they were happy to let off some steam in a park we passed nearby. Total cost: 0p. 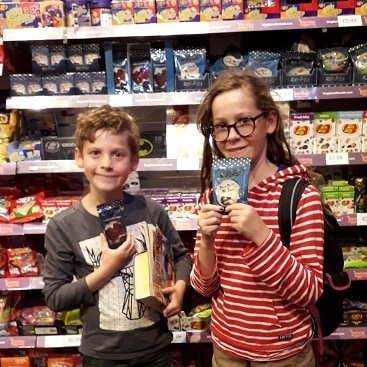 Visiting London doesn’t have to break the bank with pricey activities like visiting Madame Tussauds, The London Aquarium or the Shard.

I suggested worthy-but-free activities like the British Museum or the National Gallery. The kids turned these down flat in favour of visiting stuff round Leicester Square like Kingdom of Sweets, Chinatown and the Lego Store. Kingdom of Sweets was a revelation, with every American sweet or cereal you’ve ever known and prompted a lot of exclaiming and pointing. In the end, we managed to steer clear of Harry Potter chocolate frogs for more than a fiver each, in favour of some distinctly cheaper but still novel chocolate-filled Hello Panda biscuits in Chinatown.

My kids are both fans of the The Big Bang Theory, so I sold them on going to the Forbidden Planet megastore on Shaftesbury Avenue as like Stuart’s comic book store. This turned out to be a mixed blessing. They were way keener on staring at each and every item than I ever expected, but I do now have a lot of Christmas list suggestions. We even got to use my NUS Extra card to get 10% off the posters they chose.

Used a Nectar voucher for money off a meal

Faced with a picky eater, an “I’ll have the octopus” omnivore and a parent who dislikes McDonalds, we ended up at Pizza Express for our evening meal. This provided food everyone would eat, with the added bonus I could use a £15 off voucher from swapping Nectar points earlier in the year.

Our trip to London reminded me how even just walking around can be exciting when you’re a kid – fountains and statues, dragons on the side of a building and Boris bikes, weird and wonderful dim sum menu pictures and the shop windows at the M&Ms store. It was a long day, but we had a great time.

Now over to you – what are you favourite frugal activities in London? Do share in the comments, I’d love to hear! 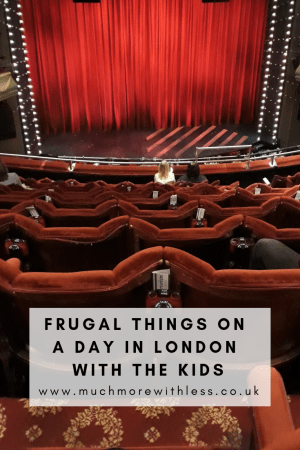