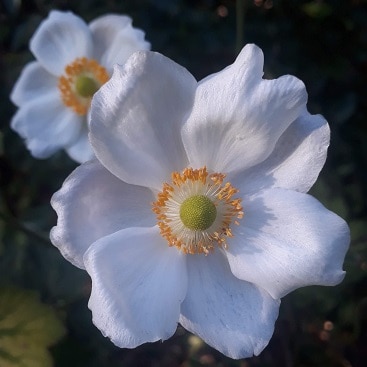 Japanese anemones in the front bed

Just as we settled into the school routine, my work routine went all over the place. I zipped back and forth to London two days running, so here (finally) are my five frugal things for the week.

Our wine rack was looking rather sparse, and I’m pretty hopeless at choosing wine from the supermarket, so when a Laithwaite’s voucher showed up in the post I decided to order a cut-price crate.

Laithwaite’s reckon their mixed crate of 12 “Autumn Favourites” should cost £101.98. I’m wary about the prices companies trumpet before taking off a discount, but after the discount and £20 voucher it came down to £69.88, which sounded more reasonable.

I had to pay £7.99 delivery, but Laithwaites did throw in an extra bottle of fancy red wine for free. I also clicked through from a Quidco bonus offer, promising £2.50 if you spent over £10, and picked up some pennies in Quidco cashback too. I ended up with 13 bottles of wine for £5.66 each including delivery rather than £9.50, and didn’t have to lug them home from the shops. Cheers! 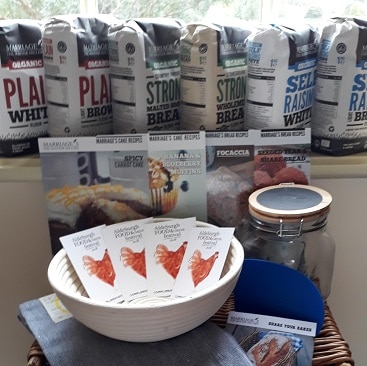 Won a prize in a Marriage’s flour competition

Well many cheers, because I won! All most exciting when two big boxes arrived. The prize was six assorted bags of flour and a baking kit (bread proving basket, dough scraper, fab apron and a Kilner jar) plus weekend tickets to the amazing Aldeburgh Food & Drink Festival on 29 and 30 September. Looks like the festival has an amazing line up of speakers, including Thomasina Miers and Prue Leith and Chetna Makan from GBBO, as well as food and drinks stands from the likes of Tiptrees and Adnams. So if you’re heading to Snape Maltings this weekend I might even see you there! 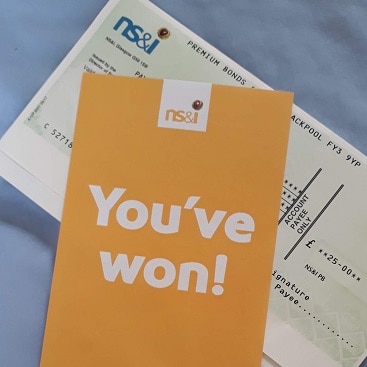 NS&I really ratchetting up the excitement

Won a prize on the Premium Bonds

Must have been a luck week. Sadly Ernie didn’t make me a millionaire, but I did win a whole £25 on the Premium Bonds. (The Maseratis or on me! Or not).

I nipped down to the Post Office to pay in the cheque pronto. Now I need to investigate how to get any future prizes paid straight into my back account (ever hopeful). I don’t have much in Premium Bonds – £200 generously given by my mother, who’s a big fan. Reckon this is my third prize in many more years. When interest rates are so rubbish elsewhere, Premium Bonds do bring a bit of excitement to stashing some emergency cash. 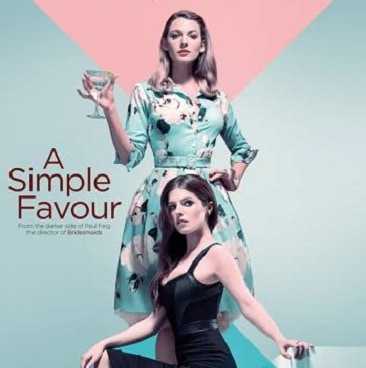 What every mother wears for the school run

Ever heard of Show Film First? It’s a website thats offers members free tickets to previews and events. I signed up ages ago, but last week they were offering free tickets to a preview of a film I really wanted to see: A Simple Favour starring Anna Kendrick and Blake Lively. I was interested because one of the lead characters is a mummy vlogger – think YouTube videos rather than blog posts.

Even better, one of the screenings was nearby in Ipswich, perfectly timed just after I was due back from a day in London. So unusually, I ended up going to the cinema twice in a week, after the joys of Crazy Rich Asians the weekend before. (Previous post on Crazy Rich Asians).

Anyway A Simple Favour is a dark thriller with lots of twists and turns and loads of cocktails. Blake Lively vamps around as a too-cool-for-school fashionista PR, while Anna Kendrick wears kitten socks to be perky about baking and origami. An unlikely pair, thrown together because their sons are school friends.

I loved all the vlogger details – the lighting and remote control in her kitchen, back and forth with comments under the videos, entertaining responses from people she knew and the excitement of going viral. After watching, I really must get into live streaming…

Took my daughter along for a free football session

Boy do the cost of children’s activities add up. I really notice at the beginning of each term, when the bills rain down: subs for Cubs and Scouts, swimming lessons, music lessons, tickets for trips, the whole shebang.

My daugher has decided she’d like to try girls’ football, and thankfully the first SSE Wildcats session at our local football club was entirely free! After that, it only costs £2.50 a week for a one hour session. Bargain. Long may the enthusiasm for football last.

Now – over to you. What’s your favourite frugal tip this week? Do share in the comments, I’d love to hear and I’m sure other readers would too! 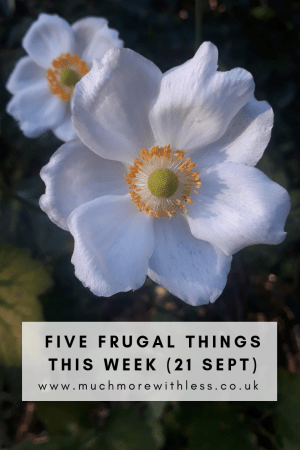