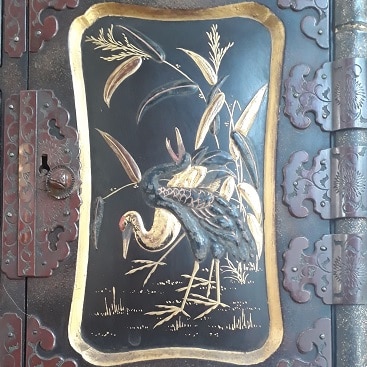 Fair to say that the characters in Crazy Rich Asians wouldn’t read a frugal blog.

Also fair to wonder why someone who preaches the delights of simple living (ie me) was gagging to see a film that revels in spending like it’s going out of style.

But I’m a sucker for a rom com, and Crazy Rich Asians is fab.

It’s a frothy, fun, ridiculously OTT fantasy, with some brilliant supporting characters and laugh-out-loud lines. I reckon it also has some pretty useful lessons about money, in a setting driven by the stuff.

The plot breathes new life into the standard Cinderella scenario. An Asian American academic, Rachel, has been going out with her boyfriend, Nick, for over a year. He suggests taking her back to Singapore, so she can meet his family and come to a wedding where he’s best man.

Turns out his family is not just rich, but crazy rich. Nick’s not just Singapore’s most eligible bachelor, but also expected to take on the sprawling family business.

Rachel, meanwhile, has to face down his frosty mother, mad family and resentful friends, suspicious of an impecunious outsider who is (shock horror) the daughter of a single mother. Meanwhile the insane wealth is a great excuse for an explosion of glitzy clothes, OTT houses and amazing parties. Oh, and the sound track is brilliant too, with Chinese versions of Material Girl, Money (That’s What I Want) and Coldplay’s Yellow plus a touching version of Can’t Help Falling In Love With You.

Constance Wu (Rachel) is fine as the lead, and better when she gets feisty. The film doesn’t do much more with Nick than establish he’s terribly nice to his mother/girlfriend/best friend/kids/old ladies, but he does take his top off a lot. It’s the supporting characters that make it, including Awkwafina as the zany College room mate and her madder rich kitsch family, Michelle Yeoh as the glacial mother giving good evil and Gemma Chan as a cousin trying to shore up a disintegrating marriage.

So what did Crazy Rich Asians teach me about money?

Everyone loves a freebie

Discuss cash with your other half

Keep your own independence

Related post: What does being rich mean to you?

I asked my daughter what she learnt from the film. She said: “It doesn’t matter if you’re rich or have a lot of stuff, it’s what’s inside that matters”, which seems like a great lesson. Mind you, she also said another lesson was: “You shouldn’t always listen to your mother”. Pah.

So whether you love rom coms, or just like fun films: go see Crazy Rich Asians.

I’m not going to beat the drum about Asian representation in cinema, or strong female characters, although the film delivers on both.

Put it this way, as a frugal blogger I was willing to pay for cinema tickets AND a booking fee AND parking, rather than waiting for this film to appear on telly for free. But hope is not lost. I did use my NUS card to get a student ticket and cashed in a voucher for free popcorn…

Now over to you: have you seen Crazy Rich Asians? Learn anything about mega-wealth, or just leave you lusting for stuff you can’t have? Any interest or not your cup of tea? Do share in the comments, I’d love to hear. 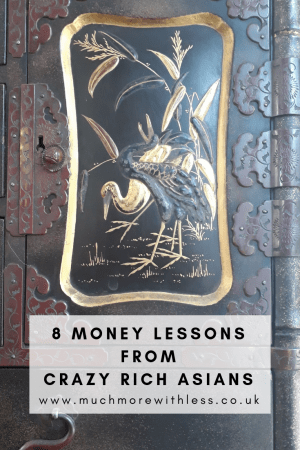