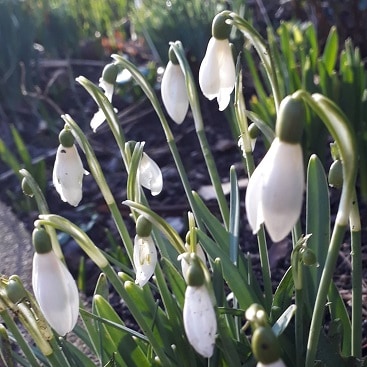 I started January full of resolutions to cut our spending. I’m not alone in this – 44% of people made New Year’s resolutions to spend less, according to research by Scottish Friendly.

December is always a expensive month for us. Not just because of Christmas, but also because of the pile up of family celebrations. My daughter, son, husband, father-in-law, sister-in-law and brother-in-law all have birthdays within a month of Christmas. January can seem particularly long, after getting paid a week early before Christmas, and then waiting an extra week to get paid at the end of the month.

I therefore decided to keep my spending diary up-to-date during January, and see if we could cut our spending by a quarter.

If you follow me on Twitter, you may have seen my #MoneySavingYear tweets, with the small ways I save money each day.

Read on to find out how it went! 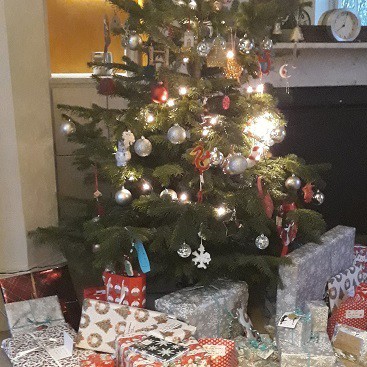 Plenty of spending on presents

I started by checking where our money disappeared during December. A chunk of money went on Christmas presents, Christmas cards and posting parcels, but luckily that wouldn’t be repeated in January.

With so much to celebrate, our food spending also surged during December. I bought food for one children’s party, a couple of birthday teas, Christmas itself and a house full of visitors for New Year’s Eve.

Plus I stocked up on bargain booze – but even with offers and cashback, I still paid £48.99 for the 12 bottles from Virgin Wine  and another £45 for 6 bottles of prosecco from Sainsbury’s.

My husband and I also went for a rare child-free evening out, with a meal to celebrate his birthday. We had a brilliant time at one of The Ram’s Grill Nights. But despite the fiver off from their loyalty card, the combination of food, cheeky cocktails, tip, babysitter and her taxi home does add up!

With a quieter January ahead, I reckoned there was definitely room to save on food, alcohol and eating out.

After a good month work-wise, we’d also splashed out during December on getting various stuff sorted at home. I’m still very glad about the new carpet, and help with DIY, taming the garden and cleaning the house, but it all came with bills attached.

Time for a new start in the New Year! 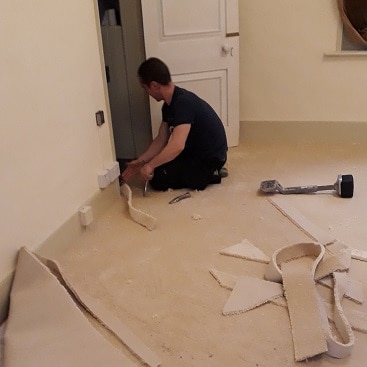 I began the month resolved to spend as little as possible – only for the storm of expenses at the start of term.

New uniform, where school trousers were getting flappy round the ankles. Hair cuts for all. School dinners for half a term. Childcare while I was working away for a week. Cubs uniform as my son moved up from Beavers, and Cubs subs for both children. Piano lessons, guitar lessons, deposits for school trips and Cub camps.

Gracious, I’d be good at money saving if I didn’t have any kids… (I joke. But still) 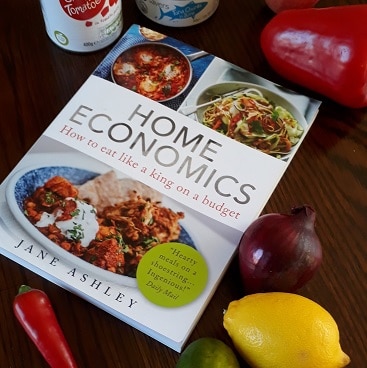 One of the biggest bills for any family is their food shopping. Normally, I keep our costs low by cooking from scratch, rather than relying on ready meals, takeaways or eating out.

During January, I made an extra effort to cut food costs, which included:

More on cutting food costs: 80+ ways to save money on your food shopping 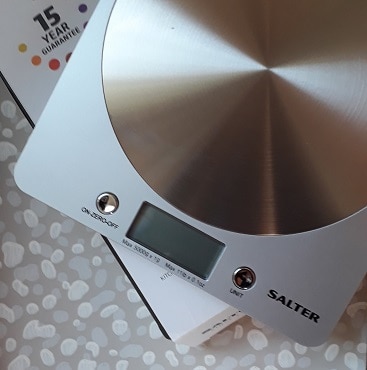 Sticking to my spending diary

I’ve waxed lyrical about spending diaries in the past. Keeping a spending diary remains my top money saving tip. Whether you write down everything you spend, add it to a spreadsheet or tap it into your phone, a spending diary makes it much easier to see where all your money goes.

Trouble is, towards the end of the year I got busier, and the receipts started to pile up. I figured January was the chance for a new start.

This month, I’ve really stuck to my spending diary, and updated it for December too. Scanning through my bank statements and credit card bills also brought some additional savings: 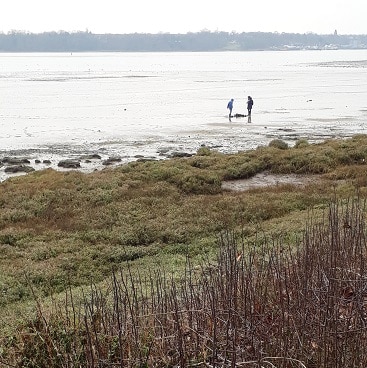 Out exploring the Shotley Peninsula – and all for free

Results of slashing spending in January

I figured cutting spending in January would be a breeze, after December’s unusual expenses like Christmas presents, Christmas food and the new bedroom carpet.

On the food front, my efforts to save money really paid off.

I cut our spending on groceries by more than half, down 57% for our family of four from more than £95 a week in December to £41 a week in January.

Low supermarket bills don’t mean much if you’re eating out all the time, but we also cut spending on takeaways, meals out and alcohol by 70%.

Elsewhere, the trouble is that “unusual” expenses seem to crop up every month. If it’s not Christmas presents, it might be the annual household insurance bill, holiday deposit or getting the car taxed, serviced and through the MOT.

We started January with all the bills for the new term, and finished with a big bill for refilling our almost-empty oil tank. We’re not connected to gas, and rely on heating oil for our central heating and hot water. Hopefully the heating oil will stretch till the summer, but it was a big hit for one month.

I was very glad we’d cut costs overall. After the £987 oil bill on 31 January, we just squeaked past the target of cutting costs by a quarter. Overall, our spending was down 27% in January compared to December. 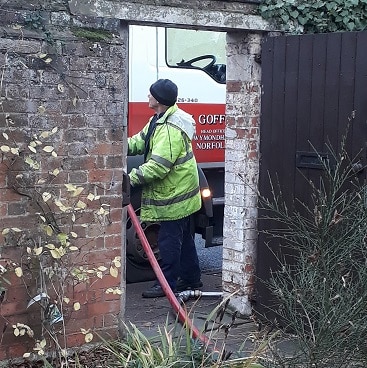 The oil delivery that nearly scuppered our spending

After cracking down on food costs during January, I’m determined to keep up the good work. Negotiating a better mobile deal has also inspired me to take a long hard look at our other utility bills too.

I’d like to cut our spending further during February – but who knows what other unusual expenses we’ll face! A storm knocked our fence down last week, so we need to get that fixed.

Now over to you – did you make any resolutions to cut costs? What’s been your biggest saving in January? Do say in the comments, I’d love to hear.

This is post is a collaboration with Scottish Friendly