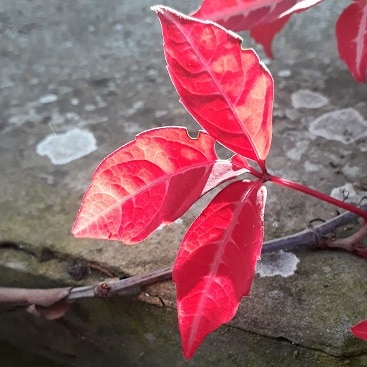 Sun on the Virginia creeper

This week, we’ve been pottering around near home during half term. Originally, we planned to stay with my mother in Madeira. But she asked us to visit in August, so we ended up with two summer holidays and a more peaceful half term. As an added bonus, my mother came to visit us for part of half term instead.

Luckily the bright and breezy weather held, so we could still get outside. We’ve done a bunch of typically frugal holiday activities – getting out for country walks, taking the kids for bike rides, visiting the local park, borrowing books from the library, bouncing on the trampoline, doing a bit of baking, inviting friends round to play and taking my daughter to a football tournament.

Here’s another five frugal things we did on a couple of trips to Ipswich during half term: 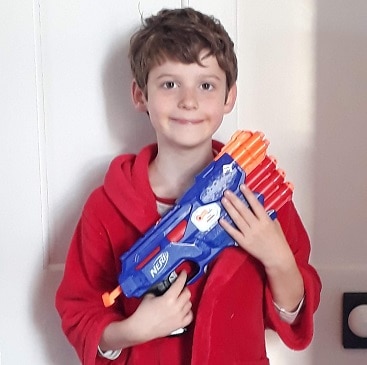 Dangerous in a dressing gown

Snaffled a Nerf gun from the charity shop

I’m always encouraging my children to save up for something they really want, rather than frittering away pocket money on their bodyweight in Haribo. The trouble starts when they do – and what they really, really want is something I wouldn’t normally buy (see: Xbox one).

Imagine my joy when my son found a brand-new-in-packaging Nerf gun at our local Sue Ryder shop. It cost a tenner, which is pretty steep for a charity shop. However, looking at PriceSpy, it seems this particular N-Strike Elite Dual-Strike Blaster (I’m not even kidding) normally sells for about £16 and can spike as high as £22.99. When I wouldn’t buy it he was willing to use his savings, and is now the proud possessor of another Nerf gun. This is the cheapest I’ve found available now* 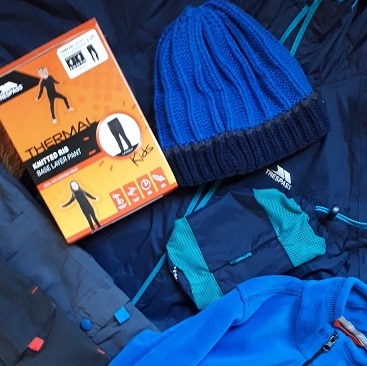 Aiming for ‘warm & not wet’

Stocked up in the sales for a school trip

In November, my daughter is heading off for a five day activity holiday with the school – abseiling, cavery, archery, the lot. She is very excited, but boy does this trip come with a long packing list. We even had to attend a meeting for parents, a thinly disguised lecture on the importance of suitable clothing – most of which she either doesn’t have, 0r has grown out of.

The only silver lining is that late October seems to be sale time in many of the outdoor shops.

This meant we could stock up on waterproof trousers, a waterproof jacket, thermal leggings, woolly hat, fleece and other suitable trousers (No jeans! Must not be jeans!) at Trespass with 60% off. Add on a hoody and another pair of trousers from Cotswold Outdoors, also in a sale, plus slippers from Shoe Zone, and I reckon we’ve spent nearly £100. Dread to think how much more it would have cost without the discounts.

After investing in all these clothes, I’m hoping they will come in handy for Scout camps and family holidays. We also chose neutral colours, so my son should be able to wear them when he goes on the same school trip.

Remembered to use a Zeek gift voucher for cinema tickets

My daughter was keen to combine shopping for her school trip with seeing a film, so we headed in early enough to catch one of the ‘Movies for Juniors’ at Cineworld.

If you’re willing wait for a few months after films first open, and show up at 10am to 10.30am in the morning, tickets to kids’ showings cost a lot less. I booked online beforehand, and tickets for an adult and an child for Hotel Transylvania 3 only cost £5.90. If we’d been to see a new release, it would have cost nearly three times as much.

Even better, I remembered to use a Cineworld gift voucher, bought earlier this year from Zeek, the discount gift voucher website, for £25.90 rather than £30. Total new spending = 0p. 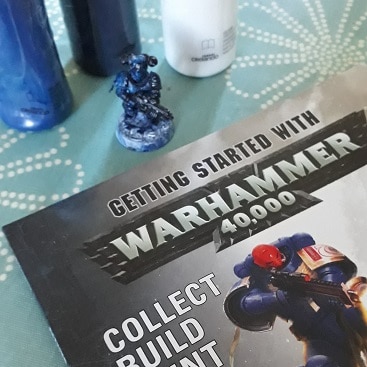 Fiver for model and magazine

Dodged a bullet at Warhammer

My son is fascinated by the tiny Citadel models my husband painted as a child, and campaigned to visit the Warhammer shop when we visited Ipswich last weekend.

He told the sales assistant he wanted a “book to learn the rules”, and luckily the sales assistant suggested not only a £35 tome, but also an introductory magazine, complete with model, which only (!) cost a fiver. Luckily we escaped without spending another £20 plus on a starter set of Citadel paints (anyone for DeathGuard Green, Rakarth Flesh or Armageddon Dust?). He was happy to paint his model with acrylic paints we already had. Phew.

Back at home, we’ve been digging out any of my husband’s old unpainted models, so he can play with those before splashing out on new ones. 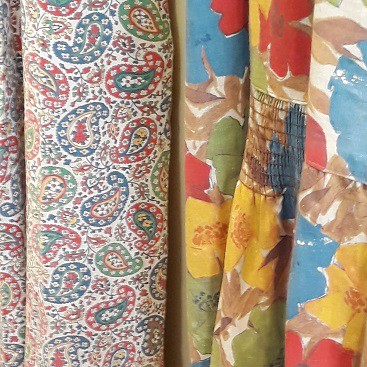 We don’t normally do much shopping, so it was a relief to retreat to Ipswich Museum afterwards, complete with immense woolly mammoth in the spookily dark first room. My son likes all the flaps to lift and questions to answer in the Second World War section, and I like that fact museum entry is free. Plus, he’s ‘doing’ the Egyptians at school this term, and there’s an Egyptian section too. 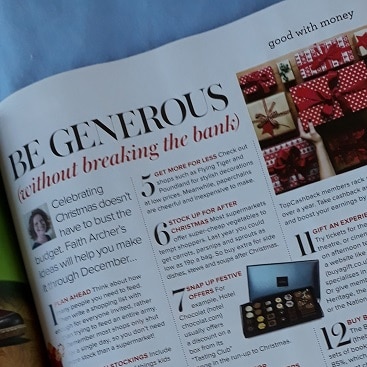 The Christmas edition of Woman&Home is out now, including my feature on how to be generous without breaking the bank. It covers essentials like wine, gin, chocs, books and cashback. (Yes, I know it’s only only October. No, I haven’t done my Christmas shopping yet. Yes, I’m starting to feel mildly panicked, especially given our car crash of family birthdays around December)

Plus, I’m taking part in #foodbankadvent during November – anyone else fancy doing a reverse advent calendar to support their local food bank? Post with more info here.

Now – over to you. What was your frugal highlight this week? Do share in the comments, I’d love to hear. And good luck to anyone else surviving half term… 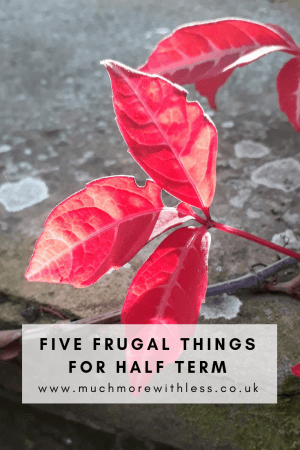