Happy New Year! Even if slightly belated, it’s good to get there in the end.

I quite happily potter on making New Year’s resolutions, even if they bear a remarkable resemblance to previous Januarys.

So without further ado, my five frugal resolutions for 2018 are:

December was a good month for me workwise, so we grabbed the chance to get help with some long standing jobs around the house. We finally have a carpet in our bedroom! It’s only taken three and a half years since moving in…

Compared to the bare floorboards before, my son reckons the new carpet is “like dancing on a cloud of angels”. We also now have a curtain pole on the landing, a curtain rail in the dining room and a nifty board cutting draughts up the dining room chimney. Gracious the glamour.

However, combined with the cost of Christmas, plus the car crash collison of family birthdays, and I’m aiming for a distinctly lower spend January. I think we’ve been slipping a bit on the frugal front, and could do with getting back on the straight and narrow. No massive overspending, but small items and increases have been creeping in.

I’ve therefore resolved to keep my spending diary up-to-date for the whole of January. Recording every penny you spend is such a simple task, but can make a massive difference. So check back at the end of January, and see if we’ve actually managed to cut our spending by a quarter!

Ah yes the eternal weight loss resolution, spurred on by me resorting to my most comfortable trousers, and avoiding any attempt at jeans. Said comfy trousers are now roughly the diameter of a zepplin and WeightWatchers does another discount rejoining offer, so yet again I’m keen to shed some lbs while saving £££s.

Healthy eating doesn’t have to be expensive, so I’ll be exploring how to lose weight for less. Stock checking, recipe research, shopping lists and meal planning should all help. Plus that whole ‘eating less’ thing.

Another hardy perennial. It still seems rather unlikely that last year I did a half marathon (How did that happen? For a recap, check out this “Get Fit for Less“ post).

But since then, I’ve rather slacked off on the running front. I blame my poorly toe. But now the black toenail is no more, yesterday I laced up my trainers and headed out to repeat the first day of the Couch to 5K running programme.

As an extra incentive, I promised to go running later this month with the head of Suffolk Mind, Jon Neal. He’s taking part in R.E.D. (Run Every Day) in January, promoting how exercise can improve mental health. I’m only joining him for a single day, but I’m still keen not to expire after staggering 10 steps, so Couch to 5K here I come!

Making small changes really can add up a big difference, as I found when I added it up during 2016. During 2017, I tweeted most days about small things I did to earn more or spend less, using the hashtag #MoneySavingYear. I’m keen to continue during 2018, but will be adding the days to keep me on track.

So far this year, my #MoneySavingYear has involved:

Post: Small changes, big difference: how I saved thousands in 2016

Last year I surprised myself by getting round the Great East Run, and popping up on live television for the first time. This year, I’m keen to take on more new challenges.

2018 has already got off to a surprising start, because right now I’m not writing this in Hadleigh.  Instead, I won a place on the #donttellmeIcant mentoring competition run by media company Time Inc and JD Williams, the clothes company. They’ve whisked me off to London for a week, to work with the Time Inc GoodtoKnow team. I’m due to learn much more about the mysteries of social media and writing for the web, and then I’ll be coming to Manchester for an event on 20 February.

It will definitely be a shock to the system – it’s been years since I worked in an office, and I’ve never abandoned my husband and offspring for quite so long. Hence the silence on my blog for the last few days, whirling around to get everything organised for a week away. Can’t wait to let you know how it goes!

Post: How to run a half marathon on a budget

Now – over to you. What are your resolutions for 2018? Do let me know in the comments, I’d love to hear! 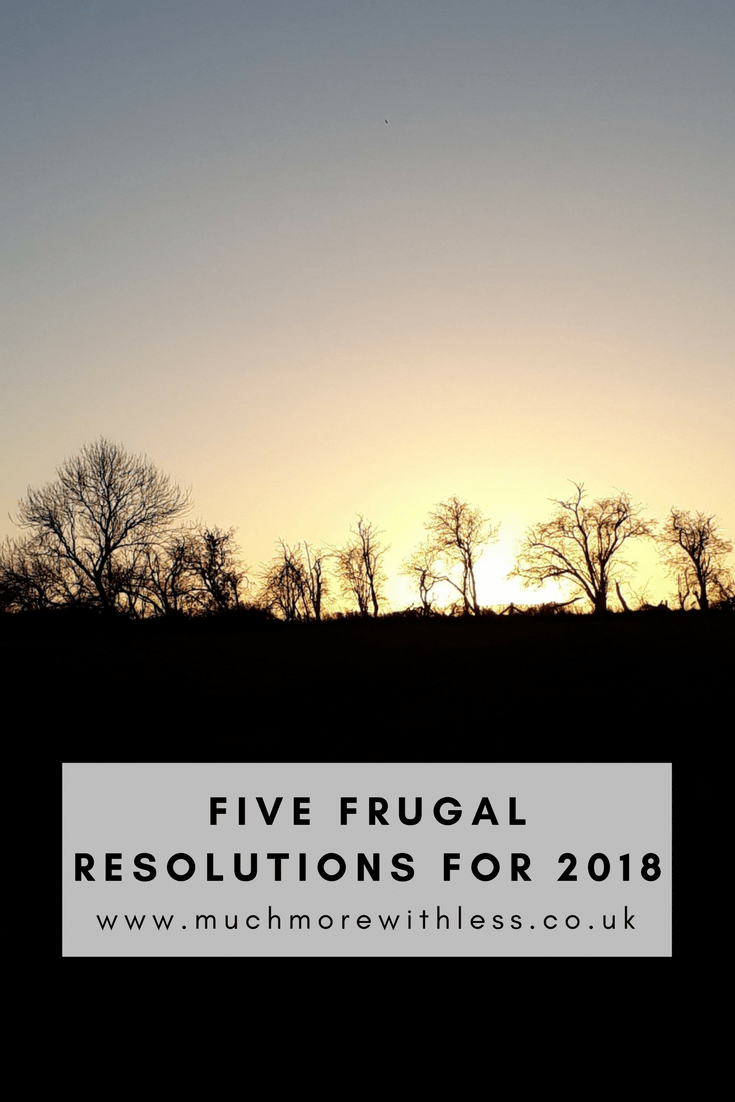