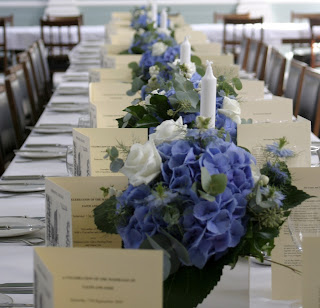 Ten years ago yesterday, I was a bit busy getting married.

So last night my husband and I were keen to celebrate our tenth wedding anniversary.

However, since moving to Suffolk we’ve shelled out for repairing rotten door and window frames, repainting the outside of the house, the odd bit of re-roofing, a woodburner, a couple of new radiators and pruning back assorted trees and climbers threatening to take over the world.

It means we should be warmer and drier, and the house should be less likely to fall down, but doesn’t leave much for swanky meals out let alone weekends away.

Instead, I had a go at cooking a meal based on the food at our wedding, which was all food we liked, and had good associations for us. Admittedly, the combination of gravadlax, venison served pink and apple tart with home-made (aka unpasteurised) caramel ice cream could have been purpose built to be unsuitable for pregnant women, so apologies to at least three of our guests at the time.

As we weren’t eating out, I reckoned I could blow the shopping bill safe in the knowledge it still wouldn’t cost as much as a restaurant (unless of course we were opting for a Happy Meal). “Tonight, for one night only, we won’t be eating value range anything!” I vowed to myself as I set out for Hadleigh High Street.

However, despite my best extravagant intentions, I found that some of my “much more with less” tendencies were too deeply ingrained.

I still stalked the reduced section in the Co-op to pick up cut-price yellow-stickered apples and avocados, and chose the smaller rather than larger packet of smoked salmon, even if it was from Pinney’s nearby in Orford.

I waited until I got to Morrisons to buy cucumbers, where they’re larger and slightly cheaper, opted for own-brand rather than Jus Rol puff pastry, a bargain pack of Maris Piper potatoes, half price fancy ice cream and fancy crisps on offer. I did treat us to fancy olives and vine tomatoes for once.

I also made my first purchase at one of the proper butchers, but got the smallest venison joint they sold, plus advice on how to cook it (thank you, Jolly Meat Co).

The cooking itself was extremely cheerful, helped along by large quantities of prosecco, olives and crisps.

In the end we ate smoked salmon with a salad of cucumber, avocado and tomato:

Followed by roast venison with mashed potato and honey and mustard roasted parsnips and carrots (recipe here although I halved the quantities of the oil, mustard and honey):

For pudding, I did an apple tart by putting thin slices of a couple of apples on a puff pastry base, dotted with butter and a couple of teaspoons of sugar. I used 200g of the packet of pastry, and froze the other 300g split into a couple of bags to use another time.
After the tart is cooked (about 15 mins in a hot oven), you melt 3 tablespoons of apricot jam with 2 tablespoons of lemon juice, brush the mixture over the top of the tart and leave it to cool. That’s it. Really easy, looks nice, tastes great. We ate it with vanilla ice cream and chocolate salted caramel ice cream through sheer greed, but it’s great with normal cream or creme fraiche or toffee sauce too.

So it was a very celebratory meal, helped along by some particularly nice wine we were given when friends came to stay this summer (thank you all Espleys).

And then this morning, my husband got to take in a packed lunch containing venison sandwiches for the first time ever, with a hefty slice of apple tart.

It was not a frugal meal. Looking at the receipts, I reckon the food I used came to almost £24.
But we thoroughly enjoyed pushing the boat out at £12 a head, and it was fun to mark our tenth wedding anniversary. Here’s to many more years ahead.