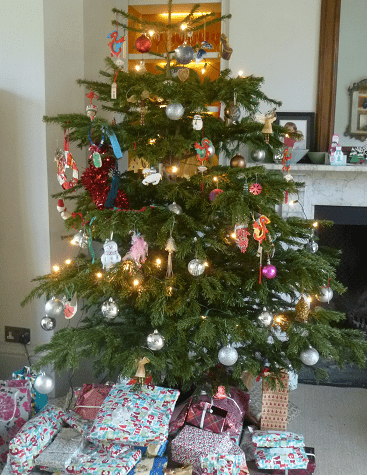 Fancy Christmas dinner for a tenner or Christmas veg for only 29p a bag? Check out this post!

Christmas dinner for £10 at the Co-op

These kind of deals always make me itch to see if it’s really worth the money. Is the Co-op Christmas dinner actually a good deal?

So here’s what you get, plus the prices on the freezer cabinet if you buy the items individually:

That makes the £10 meal deal seem amazing value, at less than half the cost. Basically you buy the turkey joint and get everything else thrown in for free.

Now much as I love our local East of England Co-op, it isn’t the only supermarket running Christmas special offers.

The turkey is trickier, because there are few joints on sale complete with bacon and stuffing.

So checking the ingredients on the packet, the Co-op 962g joint contains:

Assuming the rest is sage & onion stuffing, rather than added water, that comes out as 186g.

So, as a comparison, I’ve looked at 800g frozen turkey joints sold elsewhere, and added an 85g packet of sage & onion stuffing, which will make more than 186g stuffing when mixed. 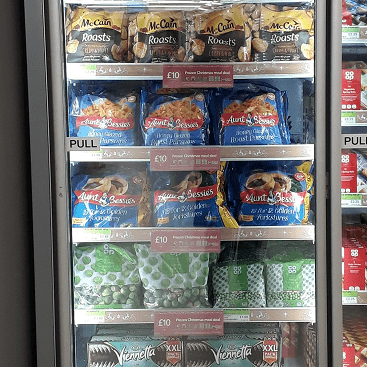 Stacking the freezer with frozen food

After fiddling around with the price comparison website mysupermarket.com and supermarket websites, I’ve compared prices at ASDA, Morrisons, Tesco, Sainsbury’s and Waitrose.

You can feast your eyes on the individual shopping lists down at the end of this post, but basically the Co-op was indeed the winner for the same branded frozen food.

Elsewhere, with bigger bags of frozen peas and sprouts and a smaller Viennetta, it cost more than £10:

Waitrose: £26.85 (blown out of the water because their cheapest turkey joint was so expensive)

So yes the Co-op is cheaper if you’re buying the whole lot, but suddenly the savings aren’t looking so huge.

Watch out for the individual items

What’s really clear is that the big 4 supermarkets don’t sell the individual items for anywhere near the £20.32 when bought separately in the Co-op.

Individually, every item was available cheaper elsewhere, if you look at the cost per kg. The only exceptions were the Waitrose brussel sprouts at a tiny 2p more per kg, and the Waitrose turkey crown.

Turns out that Aunt Bessie’s parsnips and Aunt Bessie’s 12 Golden Yorkshire puddings are available for £1 a packet on special offer pretty much everywhere else, even Waitrose if you shell out for 3 packets, rather than £1.69 and £1.85 individually at the Co-op.

Ready to roast frozen turkey joints come in at £5 to £7 mark, rather than £10 at the Co-op. OK so they don’t include bacon and stuffing – but a small packet of sage and onion stuffing mix only adds 25p to 30p.

Alternatively, if you still want the big 1,000ml box, Waitrose will flog you the vanilla Viennetta version for just £1.75.

Pros and cons of a frozen Christmas dinner

One of the big attractions of the Co-op Christmas meal deal is not just the price, but the saving in time and food waste.

The frozen versions mean you aren’t faffing around peeling potatoes, parsnips and sprouts, making stuffing, whipping up Yorkshire puddings and slaving over a fancy pudding. If there are only one or two for Christmas dinner, you can just cook the quantities you want, with no risk of fresh veg rotting at the back of the fridge.

However, if you swap fresh for frozen, you can save money with the cut price Christmas offers. If you are catering for larger numbers, or reckon you’ll use the extra veg anyway, you can definitely get more for your money than the frozen meal deal. 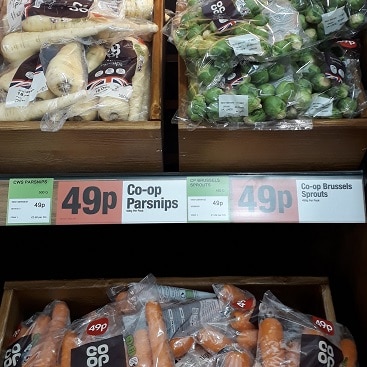 Bargains on fresh veg for Christmas

When I wrote this post, the Christmas veg wars had kicked off with prices as low as 29p a bag.

Then prices were slashed even lower – to just 19p!

In fact, both Lidl and Aldi are selling Christmas veg like parsnips, carrots and brussel sprouts starting at 19p a bag, with ASDA only a penny more at 20p, Sainsbury’s at 25p and Tesco at 29p. Morrisons is doing an offer with a wider range of 8 veg at 50p, but cut to 33p each on a three for a £1 offer. If you’re buying lots of different veg, the 3 for £1 offer from Morrisons brings the total price right down.

Suddenly the frozen veg available in the Co-op meal deal and elsewhere don’t seem such great value. With the frozen versions, it costs £3 to £4 to buy 2.3kg of  frozen roast potatoes, frozen parsnips and frozen brussel sprouts.

Switch to fresh veg instead, and you can get a whopping 3.5kg of parsnips, Brussel sprouts, carrots and mini roasts for 76p from Lidl, 4.5kg for 85p from Aldi!

Even if you aren’t feeding the 5,000 for Christmas, those are great veg prices for many more side dishes, soups and potato-based meals.

Cut costs by making your own

As the cost of prepared frozen vegetables versus fresh versions showed, you pay extra for convenience.

Similarly, if you’re willing to make your own Yorkshire puddings, you can cut costs compared to Aunt Bessie’s best.

Yorkshire puddings made with a couple of eggs, 275ml milk, 80g value range flour and 50g lard only tot up to about 56p. That’s almost half the cost of the frozen ready-made version.

Snap up some cash back

Another way to cut the cost of Christmas food is to look out for cashback offers.

For example, TopCashback’s Snap and Save has a festive feel until 20 December. Offers include:

Click here for the Snap & Save offers, then submit your receipt after shopping, by taking a photo with your smartphone.

Now – over to you. Fancy the Co-op Christmas Meal Deal? Or do you prefer getting stuck into the peeling and cooking yourself? What else do you buy for your Christmas dinner? Do say in the comments, I’d love to hear!

*Waitrose essential garden peas reduced from £1.25 when buying with the brussel sprouts 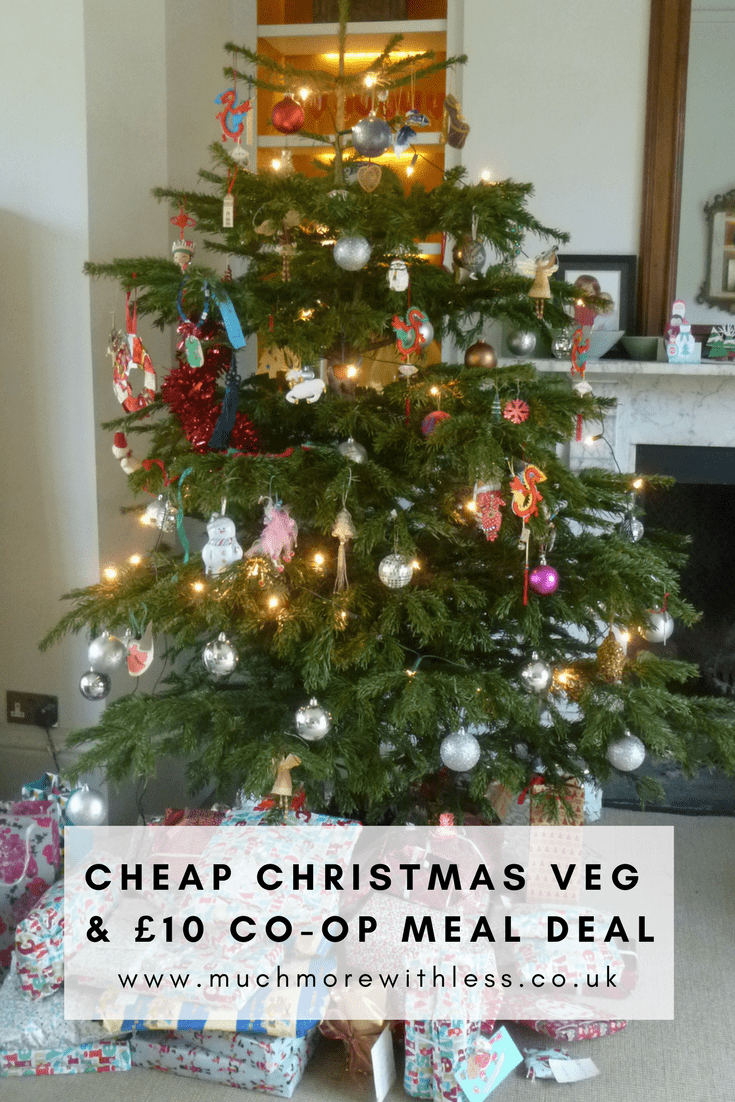