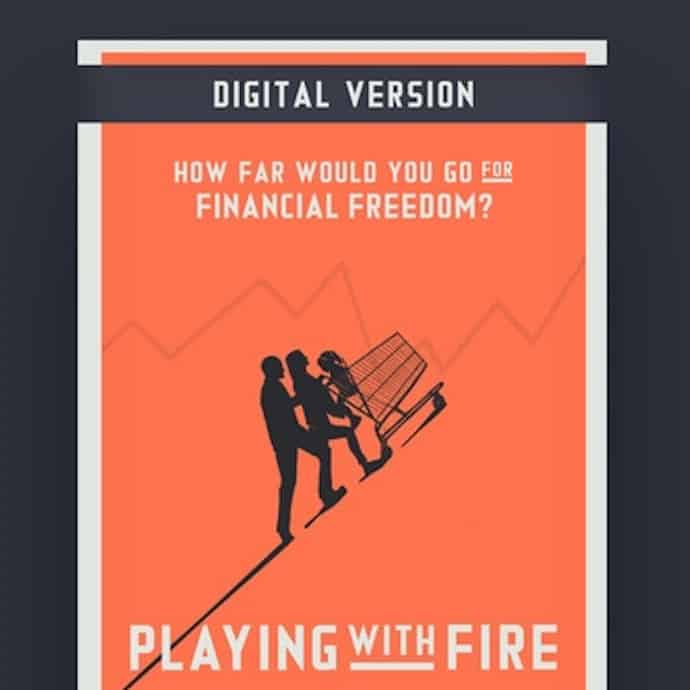 Get inspired by Playing with FIRE

Back in June, I was very over-excited to go to the UK première of the documentary Playing with FIRE.

The good news is that you can now see Playing with Fire yourself, when it goes on general release on November 19 via Amazon (affiliate link), Vimeo or iTunes.

If you haven’t come across the term ‘FIRE’ before, it stands for ‘Financial Independence, Retire Early’. Forget working till you’re 65 and then eking out a pension. FIRE devotees aim to slash their spending, jack up their earning, and invest the difference so they can quit way earlier. As in, decades earlier. Hardcore FIRE enthusiasts have quit their day jobs in their 30s or 40s.

It’s a growing movement from the US, spreading via bloggers, books, podcasts and online communities. FIRE has also started popping up in the mainstream media (I’m going to plug my article for the Sunday Times), in a disappointing programme by Channel 4 and in a recent Money Box Live on Radio 4.

But Playing with FIRE is a passion project from within the US FIRE community and was only completed after crowdfunding from FIRE enthusiasts.

Directed by Emmy award winner Travis Shakespeare, it tells the story of Scott Rieckens, his wife, Taylor, and their two-year-old daughter, Jovie, as they turn their lives upside down in pursuit of financial independence. Along the way, they seek advice from experts on early retirement.

Check out the trailer:

Why you should watch Playing with FIRE

Putting Scott’s family at the heart of the film creates a story arc and stops it becoming death by spreadsheets.

After a blizzard of stats at the start, the film focuses more on the emotional aspects and personal implications of pursuing financial independence. As JD Roth puts it, the maths behind FIRE is super simple – the hard part is the psychology behind putting it into practice.

Playing With FIRE follows the Rieckens for a year, as they embrace FIRE and suffer the consequences. Scott grapples with whether his zealous conversion is right for the rest of his family, while Taylor mourns the loss of her fancy ass car. Taylor runs away with this film – brilliant eye rolls, great comic timing and then genuine anguish. 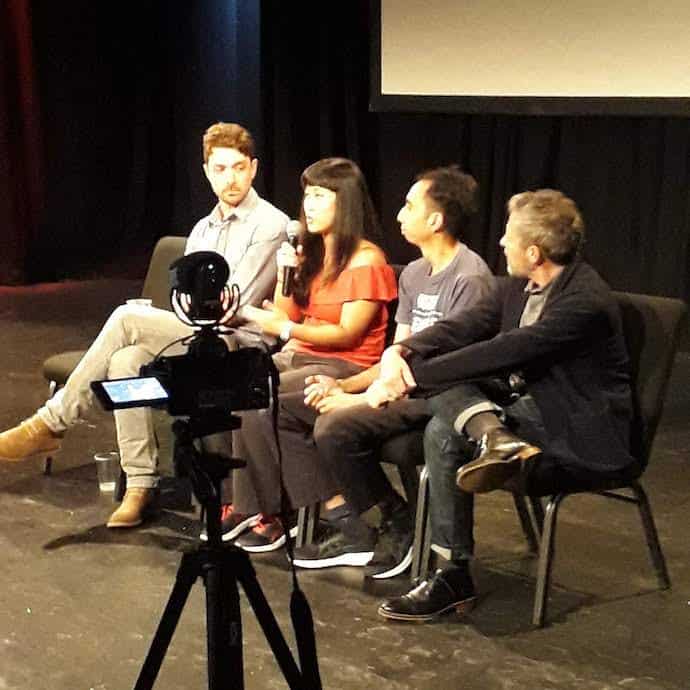 Q&A after the London screening of Playing with FIRE

If you’re already interested in FIRE, the documentary is packed with big names.

If Heat did a FIRE issue, these are the celeb faces who’d feature. If you were collecting FIRE Top Trumps, these would be the winning cards.

Playing with Fire rolls out everyone from Pete aka Mr Money Mustache and Vicki Robin, author of ‘Your Money or Your Life*‘,  to J.L. Collins who wrote the introduction to investing book ‘The Simple Path to Wealth*‘, Brandon from over at The Mad Fientist, Tanja from Our Next Life and JD Roth who’s bought back Get Rich Slowly.

There’s even a touching tribute to Jack Bogle, the Vanguard founder and inventor of index funds, who died last year. Liz ‘Frugalwoods‘ pops up at a FinCon round table. Hell, J ‘Budgets are Sexy‘ Money’s mohican even makes it into the trailer.

Joshua from The Minimalists gets to deliver their key quote with great gusto: “We spend money we don’t have, to buy things we don’t need to impress people we don’t even know.” (Side note: Ryan ‘Minimalist’ doesn’t seem to get a word in edgeways. Shades of Jay and Silent Bob?)

If you have no clue about FIRE, this documentary is a really good introduction.

The stats may be in US dollars, but the UK has exactly the same issues with shockingly low savings rates and minimal emergency funds.

The film canters through important FIRE concepts such as:

You get to see how everyday aspects of how pursuing FIRE works in practice, from bulk cooking to opening an online investment account.

One of the most powerful parts for me was when The Mad Fientist explained that just by ditching one of their cars, the Rieckens could retire FIRE YEARS earlier. The graph about savings rates, showing how saving a higher proportion of your income will slash your time to retirement, was also very powerful. 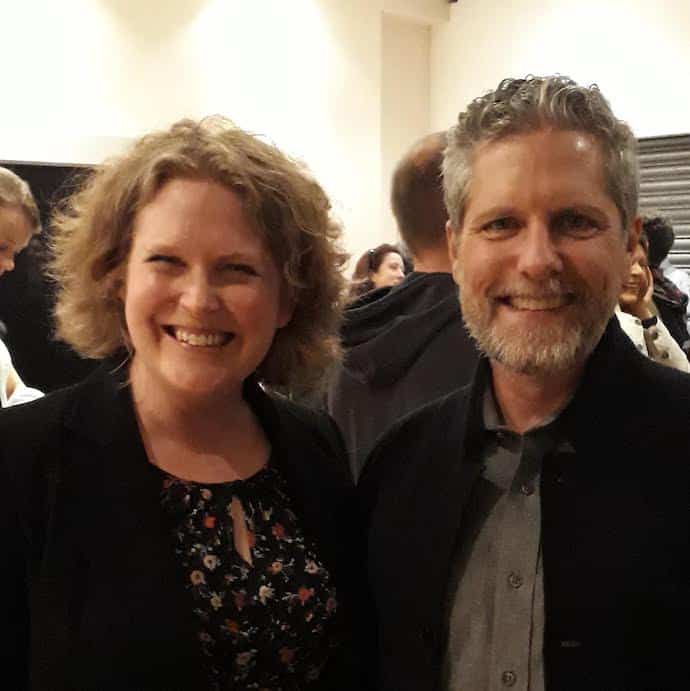 Selfie with Travis, the director of Playing with Fire

Reservations about Playing with FIRE

I’d love Playing with FIRE to bring FIRE concepts to a wider audience, making people question their attitudes to saving and spending.

My reservation is that the Rieckens are an extreme example. Scott didn’t just cut down on takeaways and switch utility suppliers. Oh no. He went in all guns blazing. Scott chucked in his job BEFORE starting to pursue financial independence, rather than afterwards, so he could cut their expenses in half. It makes for a dramatic film – but the reality of FIRE is more long and drawn out.

After all the stats at the start, the film is also remarkably light on figures. The London première included a Q&A session with the director, Travis Shakespeare, and three FIRE bloggers featured in the film – Brandon the Mad Fientist, and Kristy and Bryce from Millennial Revolution.  When questioned, Travis  explained that he chose not to include specific salaries, preferring to focus more on the emotion and philosophy of FIRE. Only one family mention their annual earnings as teachers.

Now I would encourage anyone to set aside money towards financial independence. But the ‘retire early’ part of FIRE is only possible for those with enough earnings to create hefty disposable income. Frugality only gets you so far. I admire Kristy and Bryce for achieving financial independence at 31 – but they needed their high salaries as computer engineers, and a good stock market run, to make it. Brandon was also a software developer. Anyone scraping by on minimum wage hasn’t got a hope in hell of raising enough to retire in a decade.

I asked Travis if there was anything he regretted not being able to include in the final cut. He said one angle was Mr Money Mustache on the environmental benefits of living with less consumption.

I may have mentioned some minor reservations, but overall I’d really recommend this film.

If you’re clueless about FIRE, Playing with Fire is a great introduction. If you’re already a fan, it’s great to see so many of the big names featured. Either way, it’s an inspiring, funny and beautifully shot documentary. And if it helps alter your attitudes to money, it’s well worth the cost!

Now – over to you. Have you seen Playing with FIRE? Are you interested in watching a documentary about FIRE? Do share in the comments, I’d love to hear!