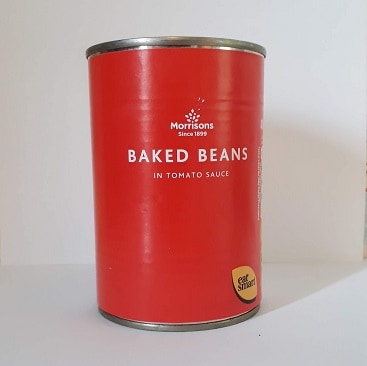 You know you’re getting old when suddenly your pension doesn’t seem so far away.

State Pension age may be accelerating past 67, but with many pensions, you can grab some cash from 55.

Back when I first started a pension at 23, that seemed unfeasibly old. With the optimism of youth, I set my retirement age at 50 – I don’t think that’s even allowed now!

Now I’m in my forties, skipping off into the sunset at 50 is unlikely. But working till I drop doesn’t appeal either.

So I’m keen to see if I’ll have enough money to live on later. By checking now, I’ve still got time to bung extra into my pension pot, if my retirement looks likely to be more baked beans than Barbados. Plus, anything I put in my pension gets topped up with free money from the tax man.

Like many people, my pension income will come from a patchwork of places, so I need to find out how much I’ll get from my:

More about what is a pension and why you should care

Feeling nosey? Read on to find all the deets about how much cash I’ve got stashed in my pensions, and how to check what you’ll get from where.

Start with the state pension

After all these years stumping up National Insurance contributions, I’m keen to discover how much I’ll actually get back.

Looking at my State Pension forecast online, the most I could get when I reach 67 is currently £164.35 a week, provided I keep on paying National Insurance contributions for another eight years.

That works out as just under £715 a month or £8,576 a year. Relying on the State Pension alone, I’ll be lucky to get to Basingstoke let alone Barbados.

Check your own forecast on the GOV.UK website here and when you’re likely to get it, aka your state pension age, here

Back when I started my first proper job, my employer didn’t offer a workplace pension. Again, so not allowed nowadays.

Instead, new recruits were put in touch with a financial adviser (whose son just happened to be a member of staff. Go figure).

Luckily, I managed to avoid signing up for a fancy pants plan with humongous commission. Instead, at the beginning of 1995, I started paying £75 a month into an M&G pension. Later on, Government payments when I contracted out of part of the State Pension (something that’s no longer possible) went into this pension plan too.

Pension articles always seem to involve regular payments that start at one age and continue smoothly until retirement.

In reality, I upped my payments each year, then stopped contributing when I left that job, didn’t pay in anything for several years while I worked elsewhere, then started contributing again after I went on maternity leave.

I’ve been leafing through my statements, as the pension passed from M&G to Prudential, then another adviser suggested shifting to Legal & General.

Totting up the figures, I reckon I’ve actually paid in just over £37,600 of my own money into my private pension.

My contributions got topped up with tax relief, contracted out payments and a whole lot of time for investment growth (because: old). They also had charges taken off.

I checked online, and ta dah my private pension pot is now worth just under £123,000. That’s over three times more than I paid in!

Post about the magic of compound interest: The One Thing You Need To Know About Money

That feels like a decent chunk of pension under my belt, especially compared to the average UK pension pot of £21,441, according to research by PensionBee.

Pension savings do vary up and down the country though. On average, research by PensionBee found the smallest pension pots in the North East, at £14,513 while people in South East England had stashed away the most, at £28,183 on average.

Sadly, women are likely to be worse off in retirement. The average female pension pot in the UK is only £16,083, whereas men had saved £23,416 on average, according to PensionBee. That’s almost a third less. Thanks a lot, gender pay gap, career gaps for caring responsibilities and part-time jobs.

The people surveyed by PensionBee might also hope to earn a bit extra from pension schemes at work.

I’ve only worked for one company that had a workplace pension scheme – The Daily Telegraph.

Luckily, as I was working on the newspaper’s money section, my boss encouraged me to join the scheme and later whack in extra money when I could afford it.

I paid in £7,730 of my own money, including my additional voluntary contributions. The benefit of my work pension compared to my private pension was that I also got money added by my employer. Shame I only had an employer for five years, before leaving when I had children. But add on tax relief and growth too, and now it’s worth nearly £38,400. That’s almost five times more than I paid in myself!

With only one employer scheme, it’s pretty easy to check my pension progress, especially since I registered for access online. But elsewhere, more than 7 million people are estimated to have lost track of one or more pensions, often because they didn’t get round to telling the scheme when they moved house.

If you want to track down a lost pension, but you can’t remember the pension company, or your old employer can’t help, see if the Pension Tracing Service has contact details. Alternatively, PensionBee can help trace and transfer pensions.

Calculating my income in retirement

So adding together my private and workplace pensions, I’ve got around £160,000 stashed away right now.

(Short pause to remember that only cost me just over £45,330 in contributions. Still sounds chunky, but spread over 23 (cough) years, that’s just under £165 a month).

But what income will I end up with in retirement?

That’s where a pension calculator comes in handy.

A pension calculator is a tool that estimates how much income you might get in retirement, based on how much you’ve saved so far, how much you add in future, and how long till you retire.

I’ve wrestled with a load of different pension calculators for work, and the clearest and easiest one I’ve found is from PensionBee.

The first step is thinking about how much income you’d like to live on, so you can see if your savings are on track.

I resisted plucking a figure out of the air for living it large. Generally, experts reckon you’ll need two thirds of your current income in retirement, as hopefully any mortgage will be long gone, and you won’t be forking out for commuting costs and work clothes.

The PensionBee pension calculator starts with income at £26,000 a year, so I just left it at that, but you can bump the amount up (dream big!) or down (maybe more realistic). 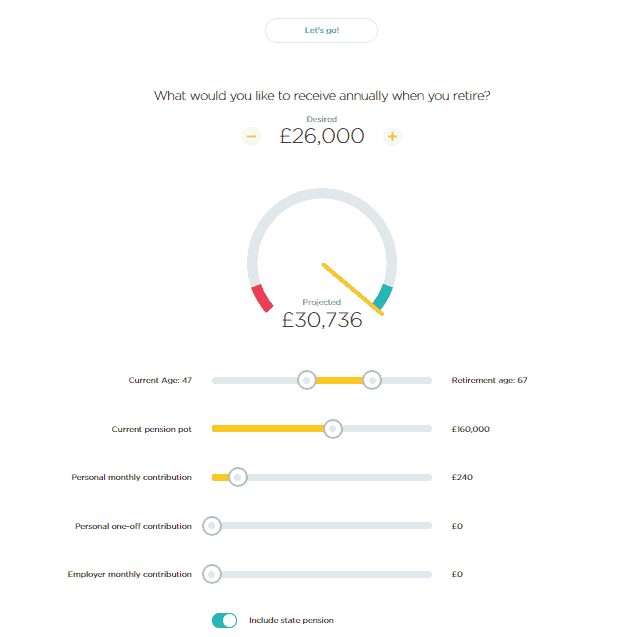 As you can see from the picture above, there are sliders which make it super easy to set your current age, retirement age, current pension pot and assorted contributions. You can also choose whether or not to include the State Pension.

I picked 67 as my retirement age, to match my State Pension age, as that’s a neat 20 years away. Underneath, I moved the slider along to £160,000 for my total pension pot.

I set my personal monthly contributions to £240 and put £0 (sob) for employer contributions as I’m self-employed with no boss to pay into my pension.

In practice, my pension payments are a bit erratic. As a freelancer, I’m never quite sure how much money I’ll have each month. I tend to bung in a lump sum once a year, after I’ve done my tax return.

After putting in all my numbers, my projected annual earnings, including the State Pension, came to £30,736 a year. That’s better than I expected!

One of the fun bits about the PensionBee calculator is that it’s really easy to tweak the numbers and see the difference.

What if I quit earlier? Keep working longer? Scrape together higher monthly payments, or bung in a big contribution from a savings account, bonus or inheritance?

Just move the sliders, and it calculates the impact. Add more money, and your income might stretch to cruises rather than crusts. Chop your retirement age, and see if you can afford to tell your boss where to stick his job earlier than expected.

Say I fancy quitting at 57 rather than 67. I just tweak the slider, and move the button at the bottom so it doesn’t include the state pension, which would only kick in later. 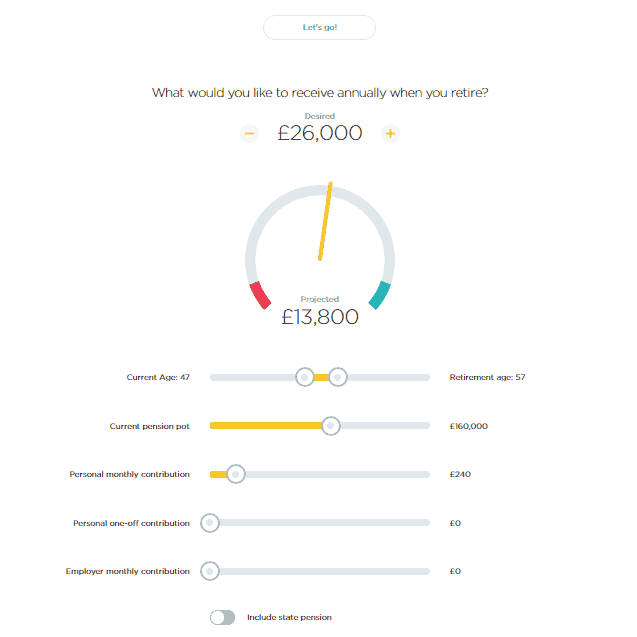 But by halving the time for further pension payments and growth to 10 years, and with the state pension stripped out, I’m now looking at an income estimate of £13,800 a year. Better keep writing those articles!

Devil is in the details

Bear in mind that the income generated by any pension calculator is not guaranteed but just an estimate.

Pension forecasts are based on assumptions, because no-one has a crystal ball to forecast exactly how inflation and investments will change over time. Who knows how the government might also move the pension goal posts? Heck, most of us can’t even guarantee how much we’ll be able to pay in ourselves.

The PensionBee calculator uses stats handed out by the regulator, including pension investments growing at 5% a year while annual inflation grows at 2.5% a year. The official figures sound on the sluggish side for stock market investments to me, so I hope to end up with more money in reality.

I checked with PensionBee, and the calculator also lops off charges of 0.5% a year, which is relatively low for a pension. If I leave my money languishing in a more expensive scheme, I’m likely to end up with less income in retirement.

The calculator also assumes that I’ll hike up my personal contributions by 2% a year, rather than paying in the equivalent of £240 a month, year in, year out.

The biggest assumption, however, is that the whole pension pot is used to buy an income at 5% a year, rather than removing a penny to spend elsewhere. But one of the perks of pensions is that after 55 you are allowed to take out up to a quarter tax-free, and potentially more if you’re willing to pay the tax bill. This matters because if you spend a chunk of your pension at the start, you’ll be left with less income afterwards.

Also, bear in mind that a pension is just one way of funding retirement. My husband and I are hoping to bolster later life with rent from a buy-to-let property, plus income from investments held inside individual savings accounts (Isas).

Checking my potential income in retirement made me very grateful I’ve paid into a pension since starting work, and encouraged me to continue. Choosing between heating and eating in old age doesn’t appeal.

Now over to you – have you added up how much income you’re likely to get in retirement? Looking good or a shock to the system? Do try a pension calculator and let me know.

This post is a collaboration with PensionBee. However, all views are my own, and based on my personal calculations using the PensionBee pension calculator.

PensionBee is authorised and regulated by the Financial Conduct Authority. With pensions, your capital is at risk. The value of your pension with PensionBee can go down as well as up and you may get back less than you started with. 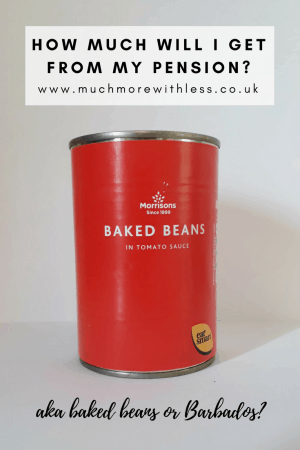