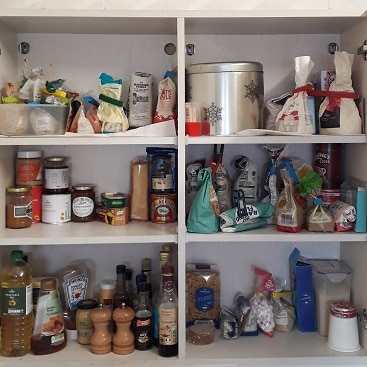 I started 2019 determined to slash our food bills by using up what we had in the house. After buying way more than we actually are over Christmas, I was keen to spend less in January.

In total, we slashed our food costs to just over £195 for our family of four during January, which worked out as £44 a week. That covered groceries for all of us for breakfast and main meals, plus lunches for my husband and I, as the children eat school dinners.

Overall we spent less than half as much on groceries in January compared to December. For a more realistic comparison, without Christmas costs, it was almost a quarter less than our food spending November.

When I mentioned cutting food costs to £44 a week to a friend, she said: “How?”

I’ll talk a bit more further on about the tactics I used and some surprises along the way but I reckon the five things that really made a difference are: 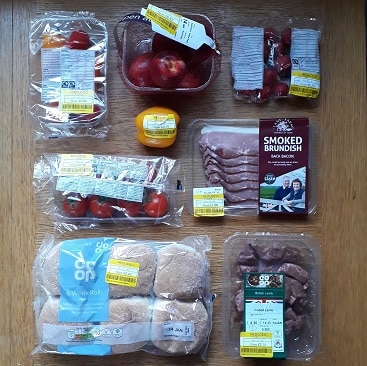 1. Used up food in the house

The food we ate didn’t cost as little as £44 a week – that was just the extra shopping. I made a big effort to use up the stuff left over from Christmas, plus food lurking in our kitchen cupboards, fridge and freezer. Our meals would have cost a lot more if I’d started with empty shelves.

If I want to cut food costs, I do more cooking. When you buy food where someone else has done the work – from fajita kits to cooking sauces, lazy garlic to frozen pizza – you’re going to pay extra for it. It’s a trade off between whether you spend money or spend time.

Virtually all the groceries I buy are either raw ingredients, such as fruit, veg, meat and fish, or supermarket own brand products. Looking back over January, I only bought about 15 branded items, and all but a couple were either on special offer, paid cashback or were reduced. Swapping to a cheaper supermarket, and buying own brand products and stuff from value ranges really does cut costs.

(I’m still sticking to Quaker Oats and Heinz ketchup though)

Think we’re also fortunate that we don’t have any food allergies or intolerances, so don’t have to fork out extra for gluten free food, for example.

I’m also out and proud about buying reduced-price short-dated food.

Whether or not you can save this way depends a lot on what and when your local supermarket marks down. I’m lucky that the yellow-stickered sections in our local Co-op include food I actually want to buy, with fruit, veg, bread, meat and fish, rather than dented tins and ripped boxes. Food also gets marked down early morning and I’m able to nip in straight after the school run. That wasn’t possible when I lived in London and worked full time.

Overall I spent a bit more than £40 on yellow-stickered food during January. Given the Co-op normally halves the prices, I’d have needed to spend another £40 or so if I’d bought it all at full price. That would have pushed our weekly spend over £53.

So during January I basically stuck to food for three meals a day plus a bit of baking, and if anyone wanted other snacks they could eat fruit, yogurt, own brand cereal or toast. Also helped that we’re not big drinkers, and didn’t need to buy beer or wine when we had stuff left over from Christmas. 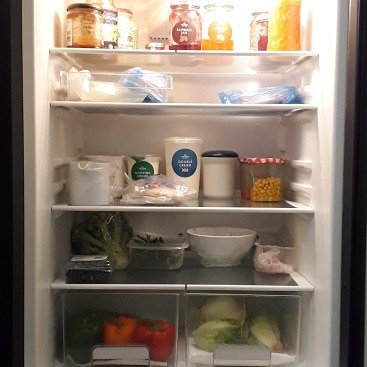 Fridge at the start…

The theory of cutting food costs – using stuff up, cooking, ditching brands, buying yellow stickers, scrapping snacks – is all very well, but here’s how I put it into practice.

I’ve done month-long store cupboard challenges in the past, so used a lot of familiar tactics this year:

For more ideas: 80+ ways to save money on your food shopping 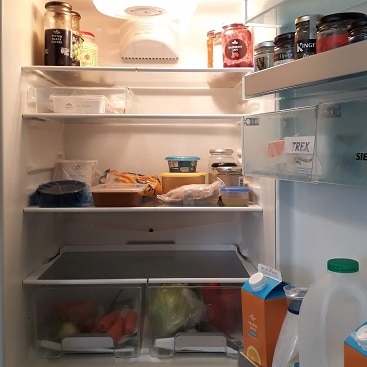 …and our emptier fridge at the end of January

However, my attempts to cut our food spending also brought up some surprises:

Now – over to you. What really makes a difference to your food costs? Do share in the comments, I’d love to hear! 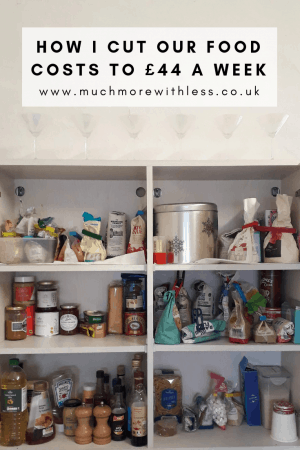